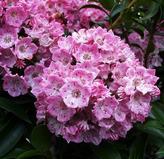 Carol joined the Woman’s Club of Lacey in September of 2018.    She joined the club to meet some local women & have more community involvement.   Immediately she took on the role as Membership Chairperson for the Club.
She has lived in Forked River for almost 45 years, and summered here as a kid.    She worked at Ocean County College for 18 years, left there to start her family.   She volunteers at a local thrift shop 2-3 days a week and in my spare time she enjoys going to estate and garage sales.

Lori joined the Woman's Club of Lacey in September of 2013 and served as 1st Vice President under President Patricia Pasquale 2014-2016 and under Nancy Fortin 2016-2018.  She served as Federation Secretary from 2020-2022.
She moved to Lacey Township with her husband and four children in 1981 when Lacey High School opened its doors.
After working at the high school for 26 years as English Teacher and Library Media Specialist she retired in 2012.
Lori and husband Lou have been married for 50 years, and in addition to four children enjoy seven grandchildren and one great-grandchild.​

Lori is our past President.

Lori moved to Lanoka Harbor in 1984 from New Hampshire when her husband Greg took a job at the power plant. She and Greg raised one daughter in Lacey.  She is a retired teacher and curriculum director for the Ocean County Vocational Technical School district.  She joined the women's club in 2018 to meet new friends and give back to the community. She enjoys the needle arts, playing mah jongg, and spending time with her two grandsons and her two little dogs. 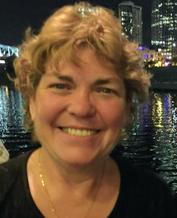 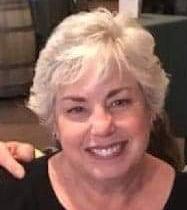 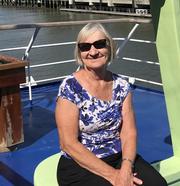 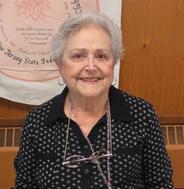 ​Shirley bega​n teaching Family and Consumer Science (formerly known as Home Economics) after graduating from the College of St. Elizabeth in 1978. She was a Girl Scout leader for 12 years and active in the Girl Scout Council of the Jersey Shore. Furthermore, she has served on the review board for the March of Dimes grant committee and Chairperson for Jackson Municipal Alliance where she organized Project Graduation and escorting teens to the Teen Institute of the Garden State and then overseeing activities for the prevention of substance abuse. In 2010 she retired from teaching and joined the Woman's Club of Lacey. She was past president 2020-2022. ​

Barbara is a retired teacher from Lacey Township Schools and her husband is a retired police officer from Lakewood.  She has 2 children & 3 grandchildren.  Barbara has always been involved in volunteer positions.  She is a cantor in St. Pius X Church & sings in the choir.  She is still involved with the retired teachers of Ocean County and is on their Board.  Barbara has been a member of the Woman's Club since 2009 and has held many different positions. "Being a member of the Merilee Singers has been the most rewarding and more importantly are all the wonderful friends I've made".

Maria lived in Newark and Cedar Grove NJ. and graduated from Our Lady of Good Counsel H.S. in 1963. She worked in the Finance Department of the City of Newark Newark from 1963 until her retirement in 1987.
Maria married Leonard Kowalewski and moved to Forked River 1985.  She has one daughter, Karen and one granddaughter, Michelle.  While in Forked River, she worked for Century One Real Estate and achieved the rank of million-dollar sale associate while there.  In 1990 Maria began her third career working for the Ocean County as a Paralegal.  She retired from the Ocean County Surrogate’s Court in 2016.  She joined the Woman's club in September 2019 and quickly became involved in the Drama, Literature Club, baked cookies for the nursing home, volunteered for International Outreach and attended the NJSFWC Fall Conferenence.  She enjoys reading, gardening, playing Mah-Jong.  She attends exercise classes twice a week, is a member of St. Pius X Church and volunteers once a week in their Samaritan’s Pantry.

Marilyn has been a member of WCL for five years and has served on the Executive Board and as co-chair of one of the club’s major fund raisers.  In addition she was an officer in the Morristown, NJ, and Punta Gorda, FL, Woman’s Clubs.  Further, she was a member of the Board of Directors at a local Florida golf club and a member of DAR.
Following her attendance at Florida Southern College, she went on to attend Katharine Gibbs School in Boston, MA.  Marilyn has held several administrative positions in New Jersey and New York law firms.  Her family includes her husband, two grown children and three grandchildren. 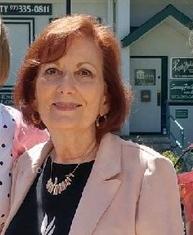 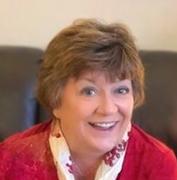 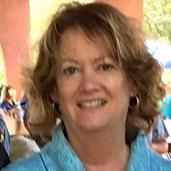 Joan joined the Woman's Club of Lacey in 2018 in the hopes of finding a meaningful new activity and friends to fulfill my void hours upon my twin grandchildren starting kindergarten.  "I am pleased to say that I did."  She became active immediately in the arts creative program.  With the assistance of our President, Lori, she then took on the role of the preparing and publishing the club's Newsletter.  In 2019, when the Club needed a Treasurer, she again volunteered for that position.  I have a significant other (Dave), 3 children and 6 grandchildren. 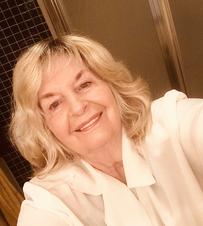 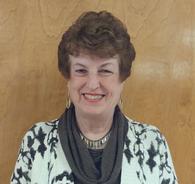 Born in New York, Andrea moved to New Jersey in 5th Grade.  She has two beautiful children, a girl and a boy and graduated from Monmouth University.  Before joining the Woman's Club of Lacey, she worked for Dow Jones in South Brunswick for 25 years as a corporate accountant.